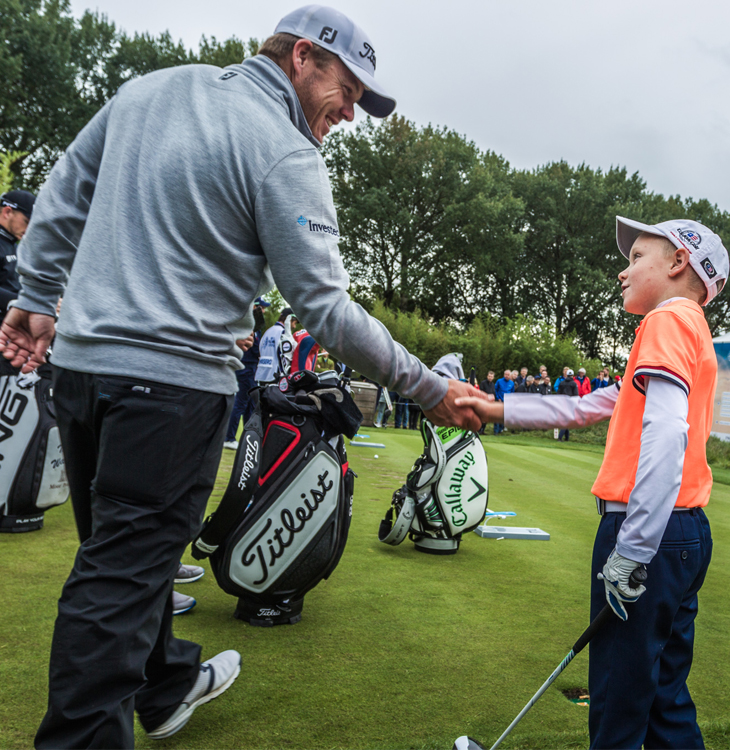 Compete against the best golfers of Europe

Do you have what it takes to compete the best golfers of Europe? During the KLM Open you can at hole 14 with Beat the Pro!

During the KLM Open a number of amateurs can hit a ball on hole 14 (par-3) on Thursday, Friday and Saturday. As soon as the pro's walk up the tee, the amateur joins the flight. After the pro's turn, the amateur may try to hit a ball closer to the hole. If successful, he/she is not only the hero of the day, but he/she also wins two KLM airlines tickets to a destination of their choice in Europe. Do you want to participate in Beat the Pro? In that case check our website and social media regularly to see when you have the chance to qualify yourself. 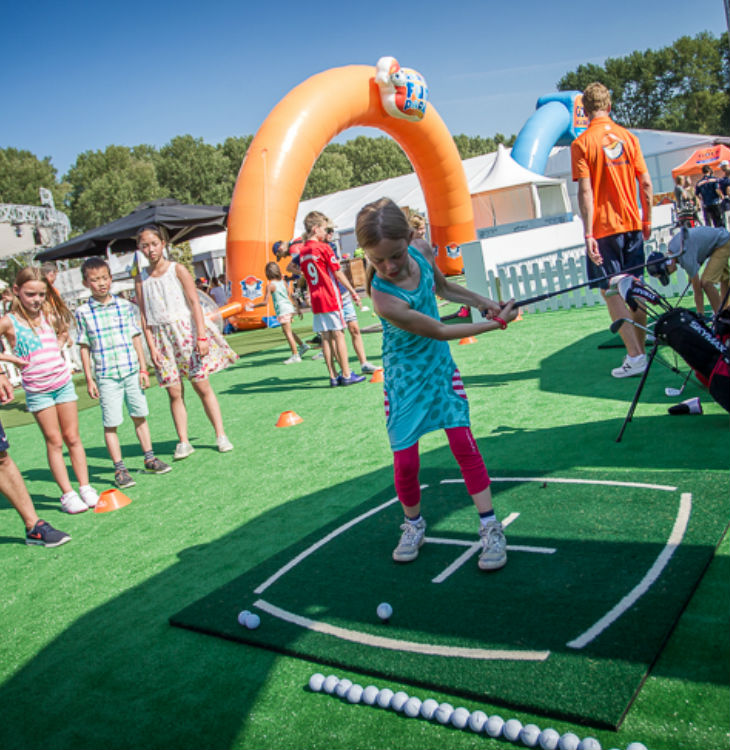 Join the fun at the RAAK! Funpark

Children coming to the KLM Open will have a fantastic day at the RAAK! Funpark.

Are you aged between 6 and 12 years old? In that case you should be at the RAAK! Funpark. If you never have played golf before, you can try it for the first time with Team RAAK!. Golf RAAK! is an initiative of ING Private Banking and the NGF (Dutch Golf Federation) with the aim to make children acquaintance with golf in a funny manner. It is not necessary to register in advance. Maybe you get enthusiastic at the KLM Open. Register yourself for the news letter and request for the free RAAK!- golf pass. With your personal golf pass you get free entry to the driving ranges at the participating courses and you can win cool prizes every month! 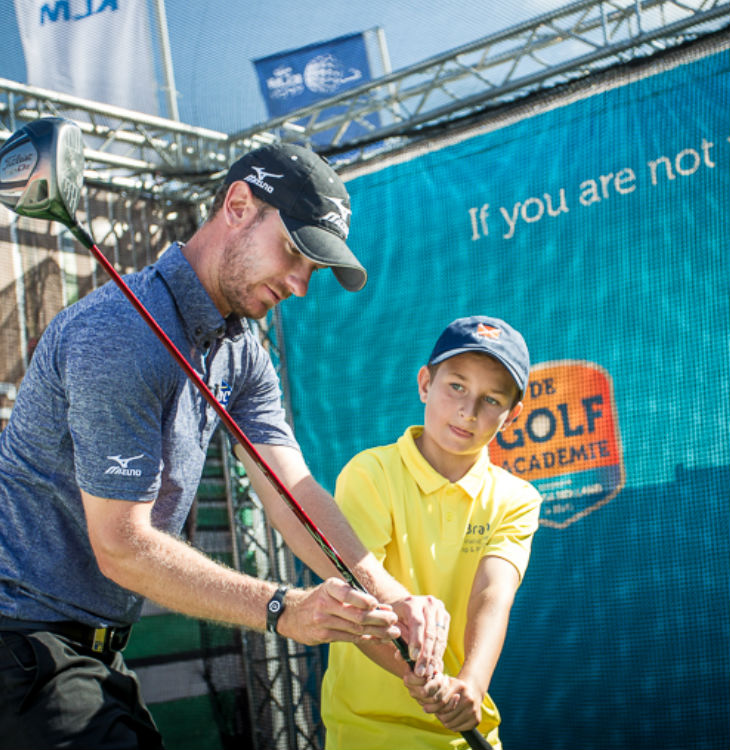 A golf lesson for free

At the KLM Open you can play golf yourself with the Golf Academy. Have a 15 minutes lasting instruction/golf lesson and work to improve your play. It does not matter whether you just began with playing golf or that you have more experience. Everybody can work here to improve the golf techniques.

The lessons at the Golf Academy are given by experienced professionals of PGA Holland. It is possible to subscribe for a chip-, pitch- or swing lesson. For more experienced golfers there are Trackman sessions of 20 minutes, whereby an extensive analysis will be made of the swing. It is also possible to follow a physical screening. There will be looked to stability, mobility and coordination.

Register for a training session here 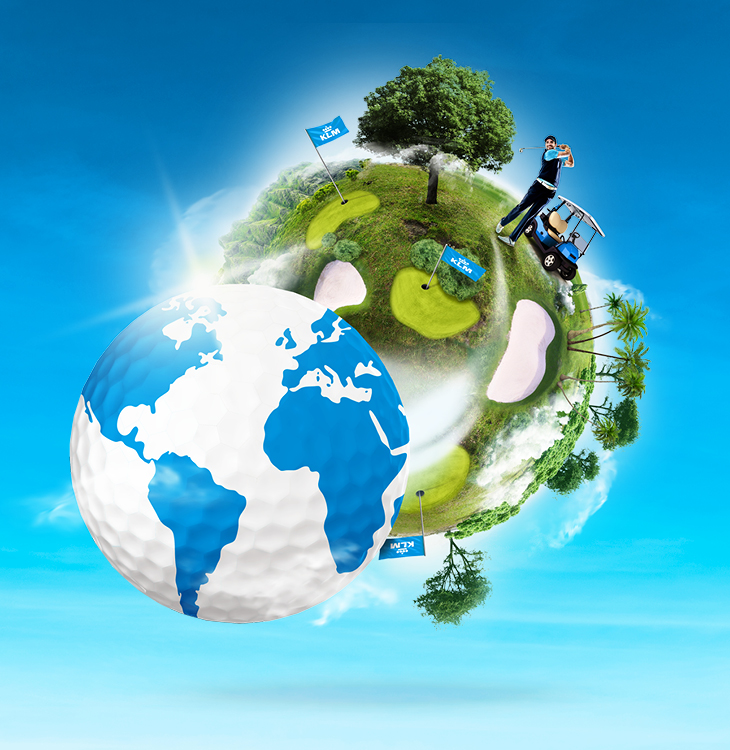 Win two KLM tickets with a hole-in-one!
Come to the special competition green at the KLM Open and hit your hole-in-one!

Take part in the “Sla je Wereldbal” competition at the KLM Open and you could win two KLM World Deal tickets. The specially designed course, located in The Village at the KLM Open and inspired by the world’s most beautiful greens, gives you the chance to hit a hole-in-one. On the green you will see a world map with five holes. Hit a hole-in-one from 20 metres and you’ll win two tickets to Curacao, Kuala Lumpur, Los Angeles, Mauritius or Valencia. Best of all, taking part is free of charge! 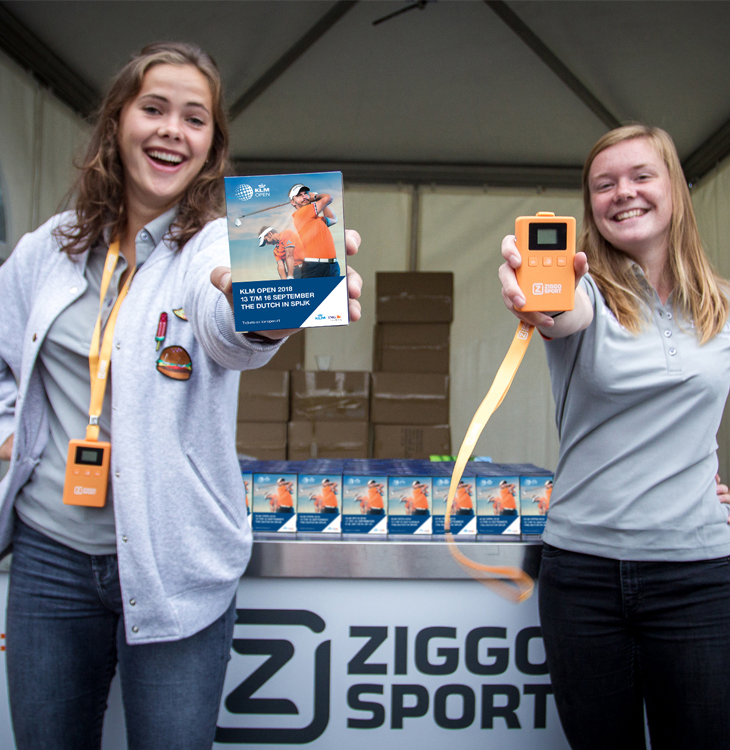